See All the People: The Pressing Crowd 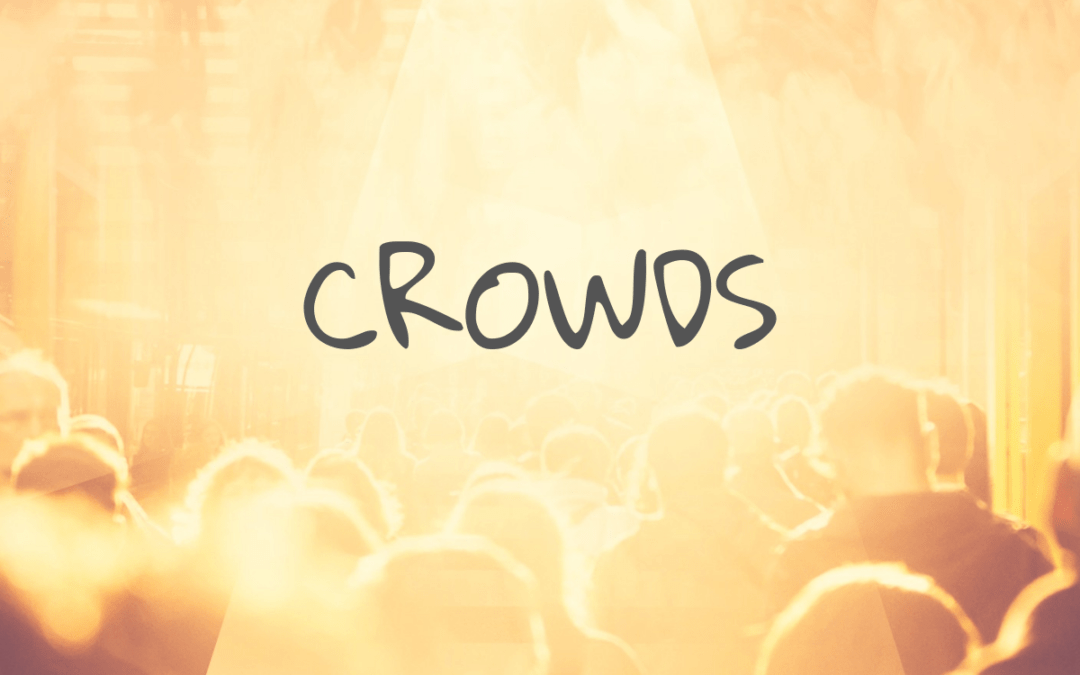 The story in Luke 5:1-11 is about the beginning of a life-changing journey for Jesus and his future disciples, including you and me. After the temptation of the devil in Luke 4, Jesus began to teach in the synagogues. He reveals what he is going to do in his ministry, reading the scroll of the prophet Isaiah: “The Spirit of the Lord is upon me, because he has anointed me to bring good news to the poor. He has sent me to proclaim release to the captives and recovery of sight to the blind, to let the oppressed go free, to proclaim the year of the Lord’s favor” (Luke 4:18-19). After he proclaims that this Scripture is fulfilled, he teaches the crowd, heals the sick, casts out the demons, and preaches the good news of the kingdom of God. And so we see the pressing crowd gather around Jesus in Luke 5.

From Synagogue to Marketplace

The challenge for us is to move from the church to the marketplace. Unless we move to the marketplace, we can’t see the crowd. The gospel should not be confined inside the churches, but it must be heard in the marketplace where the people are. Jesus always welcomed and spoke to people about the kingdom of God. He fed the crowd of 5,000 men at one time (Matthew 14:21) and the crowd of 4,000 men at another time (Matthew 15:38). Today’s passage didn’t mention how many people had gathered, but we could imagine a huge crowd. I often wonder how Jesus could have preached to the multitude without a microphone or any audio systems. I think of those classic Greco-Roman style theaters where it was the semi-circular seating cut into a hillside.

Jesus is so creative in articulating the messages into their lives in the parables. We don’t know what message Jesus taught in this passage, but Luke describes how Jesus creatively uses this circumstance to meet the needs of the crowd and of the very exhausted Simon Peter: “He got into one of the boats, the one belonging to Simon, and asked him to put out a little way from the shore. Then he sat down and taught the crowds from the boat.” Jesus is probably the only one who preached to the crowds from the boat. Our Christian DNA is to preach the word of God creatively in any circumstance, as John Wesley preached on his father’s graveyard at Epworth, England. Wesley used his father’s tombstone in the churchyard as a pulpit. For Jesus, his church is the lakeside and the open road, and his pulpit is a boat.[1] Jesus and John Wesley challenge us not to wait for people in the church, but to see all the people beyond the church walls.

A striking moment came after Jesus’ preaching. He turned to Peter and said, “Put out into the deep water and let down your nets for a catch.” What we know in this story is that Peter worked hard all night and caught nothing. At such a time of loss, he would not have let Jesus use his boat, but he took Jesus on his boat. After preaching, Jesus asked him to cast the nets. As a Galilean, Peter, a fisherman, might have known that Jesus was a carpenter. He might have thought that a carpenter did not know anything about fishing.  But he surrendered his prejudice and let down the nets. Peter was the one who sat on the boat with Jesus while he was preaching and heard the good news of Jesus. Peter thought he could rely on him, so he said, “Master, we have worked all night long but have caught nothing. Yet if you say so, I will let down the nets.” We experience God’s miracles when we rely on the word of God beyond our prejudice and profession. The catch Peter had might be unprecedented. Because of the large number of fishes, their nets were beginning to break.

In a similar story in John 21, Jesus met Peter again after the Resurrection while he was fishing. Jesus said, “Cast the net to the right side of the boat, and you will find some.” When they did, they were unable to haul the net in, because there were so many fish. It was full of large fish, with a count of 153. Fishermen counted when they caught fish. Counting blessings is what we do when we are blessed. Everyone in the scene of Luke 5 would count and were amazed at what they caught. Then, what would you say to Jesus? You would say, “Thank you very much.” But Peter was different. He fell down at Jesus’ knees, saying, “Go away from me, Lord, for I am a sinful man!” Simon Peter acknowledged that Jesus is the Lord and that he (Peter) was a sinner. He saw the more important matter than fishes, which was knowing that he was a sinful man who could not be with the Lord on the same place. This miracle brought Peter to understand both his own sinfulness and Christ’s holiness.[2]

A faith journey starts with a confession, proclaiming who Jesus is and knowing who we are. Peter would say he is a fisherman when people asked who he was. You might say to people, “I am a businessman or a businesswoman, a technician or an engineer, a farmer, or a fisherman” based on your profession. But what would tell Jesus who you are?

Called to a Higher Purpose

It is up to us whether the encounter with Jesus is a one-time event or an eternal one. Jesus’ answer to Peter, who asked him to leave, is an invitation: “Do not be afraid; from now on you will be catching people.” Then Simon Peter and his partners, James and John, left the fishes and everything else and followed Jesus. Among the crowd, many who heard the preaching of Jesus and saw the power of Jesus, considered this event a time of amazement only. But a few knew the higher purpose beyond the blessings as the call to discipleship. What is your purpose in life, in business, and in ministry? Discipleship is not adding something, but subtracting to focus on the higher purpose of “catching people.

The challenges for the churches and congregations in Luke 5:1-11 was to go to the marketplaces to see all the people, preach the good news of Jesus Christ, and invite them to the higher purpose. It was to dream big for God, see what people don’t see, find the meaning of life, change the priority in life, and become a disciple of Jesus Christ for the transformation of the world.

We’ve got to remember that to see all the people we can be restricted to one place. The crowds gather all over, and if we want to see them it means that like Jesus we need to be where they are, amen?