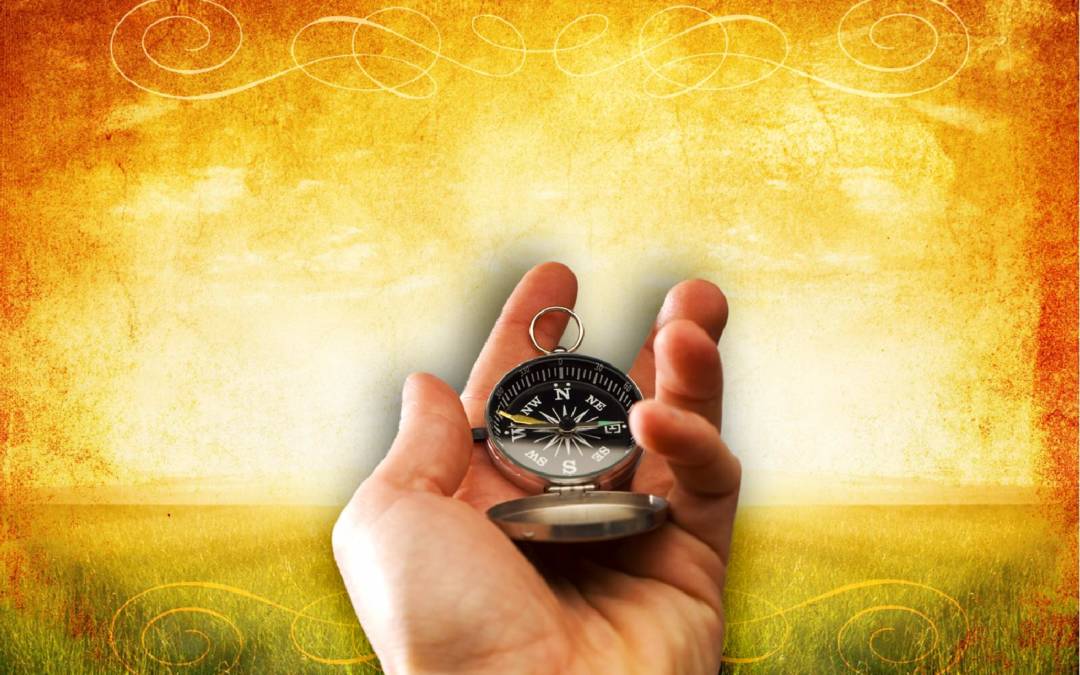 Before the advent of GPS being built into phones (advent – see what I did there?), I used to have this old, sit it on the dashboard GPS from Magellan. I used it for work, and took it on trips across the country, and even to Puerto Rico once. Every time you would get where you were going at the end of the trip she would always say “you have arrived.” Pronounced it, in fact. And it never sounded like she was happy. She always sounded angry that you had gotten to your destination.

We’ve been working through this series during Advent, and it extends out through Epiphany Sunday, which is just a couple of weeks away. Each week has had a different theme and, go figure, tonight’s theme is “arrive.” We’re celebrating the arrival of Jesus Christ, amen?

However, not everyone was celebrating the arrival of Jesus, amen?

Just like today, there were powers that don’t like the kingdom authority that comes along with Jesus Christ, and His Heavenly kingdom. As his authority does and will supersede any earthly kingdom and authority, earthly kings and leaders don’t like it. God has inspired millennia of disobedience to rulers for the sake of obedience to God.

Abraham, Joseph, Daniel, Shadrack, Meshack, and Abednego, David, Elijah, Elisha, John the Baptist and countless others – including those we recognize today as the three wise men – were not inclined to bow to the authority of earthly kings because they recognize God as their primary ruler. Jesus is Lord, scripture says. Once we have confessed that Jesus is Lord, it’s hard to look at an earthly ruler and see them as an authority figure in your life.

It’s the reason why nations and governments work tirelessly to root out faiths that follow the God of Abraham. Faiths that recognize Yahweh as King do not bend knee.

And so it was in Jesus’ day, especially on Jesus’ birthday, as there were at least 2 kings that did not want him born. And if born, they certainly did not want for him to survive long.

The first, and most obvious, is Herod, who sent the wise men to find Jesus and report his location to him. He lied, telling them that they should report back so that he could ‘honor’ the coming king. Of course, his intent was less than honest. For him, the GPS had angrily reported “he has arrived.”

How do we know this? Well, beyond Jesus’ direct statements to the fact, we have several passages in another book, that we often ignore. You see, Satan’s GPS was also predicting an arrival that he wasn’t excited about. We have two stories in the Bible about the night that Jesus was born. We have the “silent night” story, but we also have a “not so silent night” story. That is found in the book of the Revelation to John, Chapter 12.

A great portent appeared in heaven: a woman clothed with the sun, with the moon under her feet, and on her head a crown of twelve stars. She was pregnant and was crying out in birth pangs, in the agony of giving birth. Then another portent appeared in heaven: a great red dragon, with seven heads and ten horns, and seven diadems on his heads. His tail swept down a third of the stars of heaven and threw them to the earth. Then the dragon stood before the woman who was about to bear a child, so that he might devour her child as soon as it was born. And she gave birth to a son, a male child, who is to rule[a] all the nations with a rod of iron…And war broke out in heaven; Michael and his angels fought against the dragon. The dragon and his angels fought back, but they were defeated, and there was no longer any place for them in heaven. The great dragon was thrown down, that ancient serpent, who is called the Devil and Satan, the deceiver of the whole world—he was thrown down to the earth, and his angels were thrown down with him.

So when the dragon saw that he had been thrown down to the earth, he pursued[d] the woman who had given birth to the male child…Then the dragon was angry with the woman, and went off to make war on the rest of her children, those who keep the commandments of God and hold the testimony of Jesus.

Now, that’s a version of Jesus’ birth that we don’t often hear. He has arrived. Let’s walk through that for a second. Jesus is about to be born – he is God, the Word made flesh, about to move from the heavenly realms into the earthly realms by means of being born a human being. He was becoming flesh. Fragile, breakable, killable – and as far as the Devil was concerned – stoppable. The devil and his angels (referred to as the dragon and the stars in that passage) make war on Michael and his angels, who are guarding over Mary and Jesus as she begins to give birth.

The battle ensues. Archangel vs archangel, swords and shields crashing, war cries, desperate battle – in my minds’ eye I see the battles in Braveheart or in Henry the 5th as armies clash again and again until finally – VICTORY! Jesus is BORN! The devil is cast down to the earth, and a third of the angels are cast down with him. And now we catch up to the story today, that those who keep the commandments of God and hold the testimony of Jesus are under attack – exactly what Jesus has warned us about.

At about that time, in a dark field, illuminated by moon and starlight, quiet, peaceful, surrounded by the quiet bleating and breathing of a flock of sheep, shepherds likely sat around a fire to keep warm. Maybe they were making some hot chocolate. If it were me, coffee. But there they are around the fire, warming themselves and then suddenly, their GPS GOES OFF!

An army of angels appears to them, wearing armor, carrying swords, shields, and spears – looking like they’ve just won a great victory and they announce, “HE HAS ARRIVED!”

Actually, the message was a bit longer:

“Do not be afraid; for see—I am bringing you good news of great joy for all the people: to you is born this day in the city of David a Savior, who is the Messiah, the Lord. This will be a sign for you: you will find a child wrapped in bands of cloth and lying in a manger.” And suddenly there was with the angel a multitude of the heavenly host, praising God and saying, “Glory to God in the highest heaven, and on earth peace among those whom he favors!”

And then the field goes dark and quiet once more. And the shepherds decide to adjust their GPS one more time – and headed into Bethlehem to meet this once and future king.

Brothers and sisters – I announce to you once more on this night: HE HAS ARRIVED.

We’ve been given the message that we need to share in Isaiah 9: 2-7 – it was written as a poem or song of hope to a people who had given up hope. Sound like our world today?. Remember this, because it is our message of arrival that we are to share with the world:

The people who walked in darkness have seen a great light; those who lived in a land of deep darkness — on them light has shined. You have multiplied the nation, you have increased its joy; they rejoice before you as with joy at the harvest, as people exult when dividing plunder. For the yoke of their burden, and the bar across their shoulders, the rod of their oppressor, you have broken as on the day of Midian. For all the boots of the tramping warriors and all the garments rolled in blood shall be burned as fuel for the fire. For a child has been born for us, a son given to us; authority rests upon his shoulders; and he is named Wonderful Counselor, Mighty God, Everlasting Father, Prince of Peace. His authority shall grow continually, and there shall be endless peace for the throne of David and his kingdom. He will establish and uphold it with justice and with righteousness from this time onward and forevermore. The zeal of the Lord of hosts will do this.

This, brothers and sisters is our message of hope to share today and every day of our lives. Our message? Our burden and yoke has been broken because HE HAS ARRIVED. Amen?